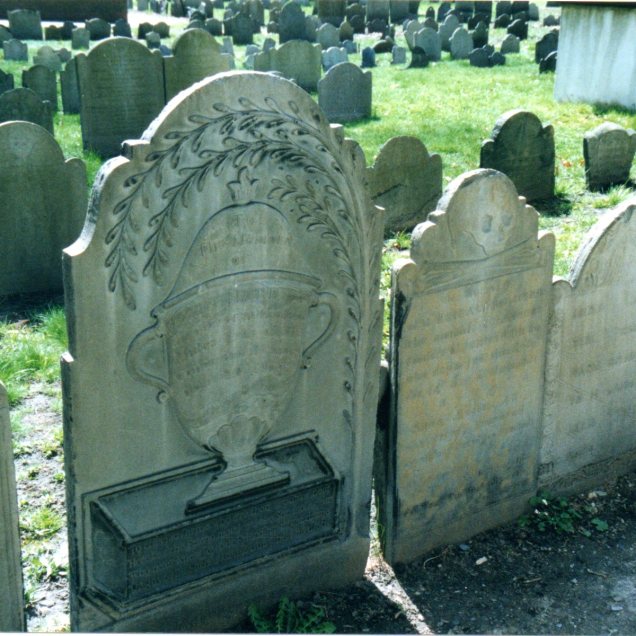 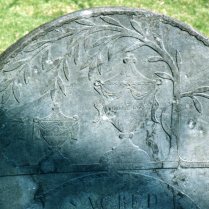 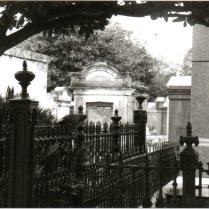 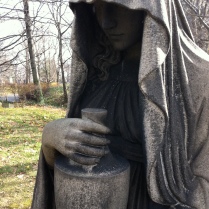 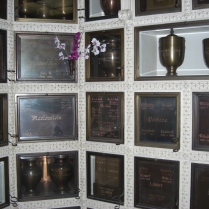 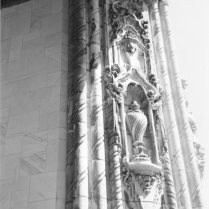 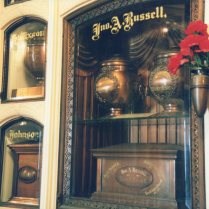 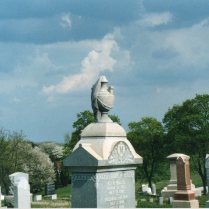 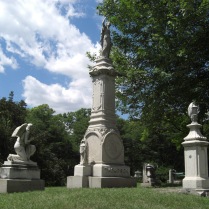 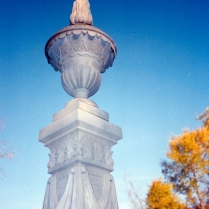 One of the things that makes me happiest when I poke around graveyards is to see the connections between peoples in various different locations. Like any other facet of human behavior, fashions sweep through graveyards. Suddenly people from coast to coast (and all around the world) are adorning their grave monuments with the same icon.

In this case, I choose to focus on urns. The urn hearkens back the Roman practice of cremating their dead outside of their cities, then collecting the ashes up into urns which were then stored inside the family tombs that lined every road in and out of their towns. The urn became a motif in American cemeteries (and European as well) after the rediscovery of the intact Roman tombs lining the roads into Pompeii.

The urns above show the breadth of the motif from Boston to New Orleans to the Motor City throughout California. Their earliest incarnations were scratched into slate but progressed through marble into granite, zinc, and iron. They changed from the shallowest reliefs to three-dimensional sculpture to bronze receptacles where human ashes are once again stored.

I’ll write more about both cremation and Pompeii this week, but for now I’ll leave you with links to the cemeteries above:

Chapel of the Chimes, Oakland, California

The The Neptune Society Columbarium in San Francisco

My visit to Glen Rock

I'm the editor of Tales for the Camp Fire: An Anthology Benefiting Wildfire Relief. I'm also author of 199 Cemeteries to See Before You Die and Wish You Were Here: Adventures in Cemetery Travel, as well as a space opera trilogy. I'm co-author of a series about a succubus and her angel.
View all posts by Loren Rhoads →
This entry was posted in Photo Challenges and tagged cemetery symbology, graveyard iconography, urns. Bookmark the permalink.